We do like good long name here at SoGerman.  It used to be known as München-Gladbach,  so they changed it so that people wouldn’t make  unnecessary 900 km journeys to Munich,  or maybe just to make things clearer.  Both words stem from the Latin  for monk,  as does that very word itself.

This is one of those teams that either many years remained merely a football team, divorced from any geographical location, and it was enough simply to wonder at the pure Germanness of the name. Kaiserslautern was another: it didn’t figure on the tourist maps, and it wasn’t a suburb of Munich or Berlin, so presumably it was somewhere in the Ruhr.

Well, not quite. The city of Mönchengladbach lies in north-west Germany, but outside of the Ruhr, some 40 km west of Düsseldorf and only about 5 km away from the Dutch border, so it can’t really be said to be so close to anywhere well known. It is however familiar to a certain number of Britons aged between 35 and 80, as it includes Rheindahlen, which was one of the major bases of the British Army on the Rhine from the Second World War through to the 1990s.

The team was hugely successful, both within Germany and in Europe, in the 1970s and 80s, and has enjoyed rather more mixed fortunes since then, though remaining predominantly in the top-flight of football, with the occasional relegation and promotion. 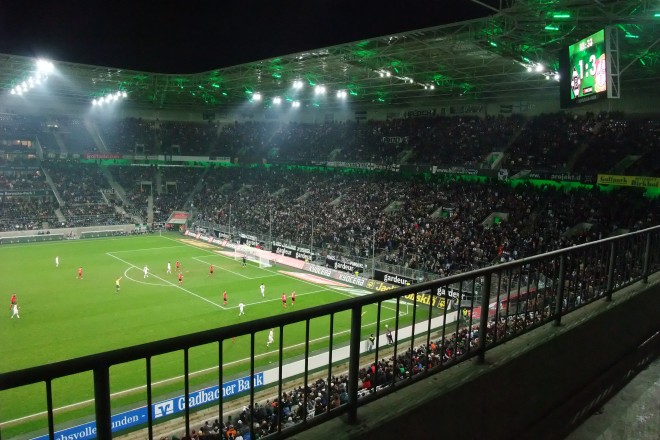