It’s a tradition in most household that the last four weekends before Christmas are spent in with your family eating Lebkuchen (comparable to ginger bread), drinking coffee or hot cocoa, and having a Kaffeklatsch. In the background the TV is on, which you usually barely pay any attention to as you have seen this movie a million times already.

Here are three of the most popular ones: 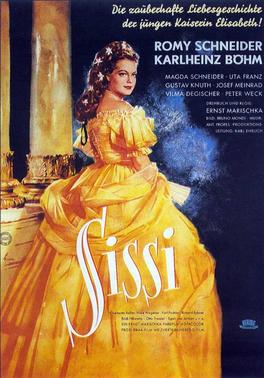 Sissi – A trilogy. One of the classics and filmed in the 1950s. The story is based on the Empress Elisabeth of Austria and Queen of Hungary and Queen consort of Croatia and Bohemia. She was born in Bavaria on Christmas Evening in 1837, having a very lively childhood and growing up with her many siblings, and lovingly called ‘Sissi’.

In the first film, Sissi meets Franz for the first time since they were children. For both, it is love at first sight. They meet near the woods and don’t realize, who the other is. Only a few weeks later at a ball, where it was planned to announce the engagement between Sissi’s sister Néné (Helene) and Franz, they see each other again. Franz has fallen for Sissi and does not agree to an engagement with Néné.

The story continues with the marriage of Franz and Sissi, her first pregnancy and the years after.

Der kleine Lord – Little Lord Fauntlery. This is actually a British film, but traditionally shown in Germany around Christmas. The movie is based on a novel by Frances Hodgson Burnett.

Cedric, a little boy, is living with his mother in a shabby part of New York. After the death of his father, the lawyer of his grandfather contacts the family. His grandfather is a British Earl, who despises America. He wants to bring Cedric to England to be educated there, but his mother is against it. When the Earl gets to know his grandson he enchanted by his good-hearted nature and intelligence.

Aschenbrödel und drei Haselnüsse – And last, but certainly not least: “Aschenbrödel und drei Haselnüssse” (engl. Cinderella and Three Hazelnuts). It has elements of the Cinderella story and is yet, somewhat different. In the story she meets the prince in the forest for the first time. Later, she gets three hazelnuts, each granting her a wish. With the help of the hazelnuts and her animal friends, she meets the prince several times. In the movie she, as Cinderella does, has a wicked step-mother and sister, who are giving her unnecessary duties and faulting her for everything bad that happens.

Every channel has this movie on, particularly on the days leading up to Christmas and of course, on Christmas. It is highly likely that you will be able to watch it 12 times in one day on about 5 TV channels. Even though, you’re already sick of it, because it has been on TV since the beginning of December.

And there are also lots of classic versions of Grimm’s fairy tales on, like König Drosselbart, Die Goldene Gans and Rapunzel.